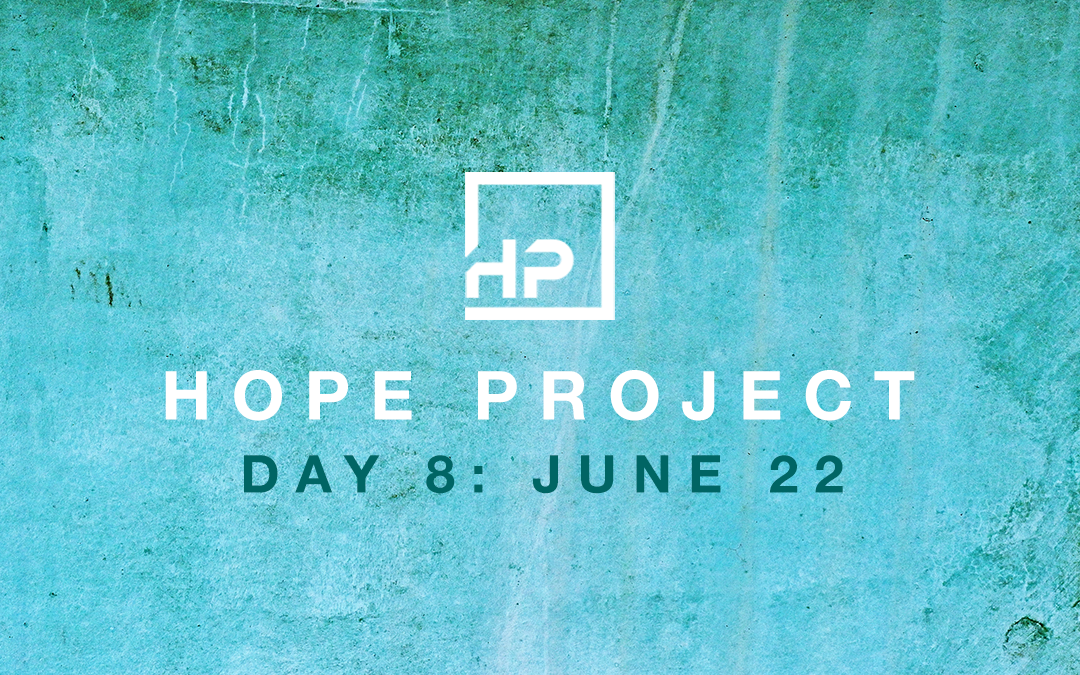 1 Peter 1:17-20(ESV) “And if you call on him as Father who judges impartially according to each one's deeds, conduct yourselves with fear throughout the time of your exile, knowing that you were ransomed from the futile ways inherited from your forefathers, not with perishable things such as silver or gold, but with the precious blood of Christ, like that of a lamb without blemish or spot. He was foreknown before the foundation of the world but was made manifest in the last times for the sake of you.”

Welcome to week two. I hope you’ve had a victorious first week. Part of me feels like I need to encourage you to get back in here again. I guess part of that is because I’m imagining all the people in our church who haven’t read this much since college. I’m proud of you. Way to go. I’m working hard to bring my best each day, and I’m praying for you. I’m asking the Holy Spirit to come close and speak the Father’s love to you in a personal way—a way that changes how you think, feel, and act.

In this part of the letter, Peter gives us two images of God that almost seem to oppose one another. He starts off by saying, “if you call on him as Father.” Let’s be honest, sometimes it’s hard to think of God as a father. If you had an abusive or absent human father, you certainly don’t want that kind of a relationship with God.

It’s very difficult to understand God as Father without looking at the life of Jesus. Jesus said one time, “if you have seen me, you have seen the Father” (John 14:9). Jesus was the perfect representation of the joy, kindness, love, mercy, grace, and truth that comes from the heart of the Heavenly Father.

Yet, at the same time, God the Father is not to be taken lightly or irreverently. Think about the book of Exodus when God reveals Himself to Moses. God tells Moses to take off his shoes because he’s standing on holy ground. Then in the next verse, God says, “I have seen the misery of my people, and I have come down to rescue them.”

God is great, and God is good!

Peter wants us to hold these two things in tension. At the end of this life, we will all stand before God. We will give an account for our lives and how we lived, and at the same time, He will respond to us based on His mercy and grace. If we’ve received Jesus as our Savior and put our trust in Him, all of Jesus’ perfection will be applied to us.

I love the invitation that Peter is making to a new lineage. The word He uses is “ransom” or “redeemed” by the precious blood of Jesus. For his readers, this phrase would have carried substantial weight. The word “exile” takes the reader back to Egypt about 1500 BC. The people of God lived in complete misery and despair. They had been enslaved by Pharaoh, the most powerful king in the world. Day after day they lived with the yoke of slavery.

By using a burning bush, God directed Moses through the wilderness into Egypt to lead Israel out of slavery. He redeemed Israel by having all the Israelites paint over their doorposts with the blood of a lamb. This eventually became known as The Passover.

Each year, the people of God celebrated this moment because God reached down to bring them all out of Egypt. Millions of people were freed. And the blood of the lamb symbolized redemption for thousands of years. But then Jesus came as the pure, spotless lamb who redeems those who put their trust in Him and cleanses them of their sins. All this talk of blood and sacrifices can seem a little confusing if you’re new to this; actually, I guess it can be confusing even if you’re not new to this.

Here’s what’s important to recognize. We all have a tendency to find ourselves in slavery—not because of somebody else’s choices, but because of our own. We make hundreds and thousands of what-seem-to-be-small choices, and over time those choices drape chains over our lives. Sometimes those chains become the stories we tell and the way of life we pass from generation to generation.

Your story now can be one of redemption. Your grandpa got angry and lived an abusive life, your dad the same thing, but you’re going to be different. You’re going to begin a new lineage. Your mom left her kids, but you’re hanging in there, tucking them in by singing to them each night before they go to bed, loving them with everything you have. You’re fifteen years old, and you are setting the pace for future generations by the grace of God and the precious blood of Jesus that has been declared over your life.

I’d like to ask you to take a few minutes right now to write a prayer of thanksgiving to the Father. Thank Him for His love for you and His plan that He put in place before time began. Also thank Jesus for His death that frees you from the pain and destruction in your past. If you’re feeling particularly brave, I challenge you to also ask Him to show you the things that still hold you captive.

Finally, would you take just a few minutes and ask these questions: “What do I want to pass on to my kids?” “How do I want future generations after me to be different than the generations before me?”

Jesus, thank you for freeing us from our old ways. We cannot thank you enough for paying the ultimate price with your precious blood. Your sacrifice changes everything. We give you honor and praise today. You are good. You are great!