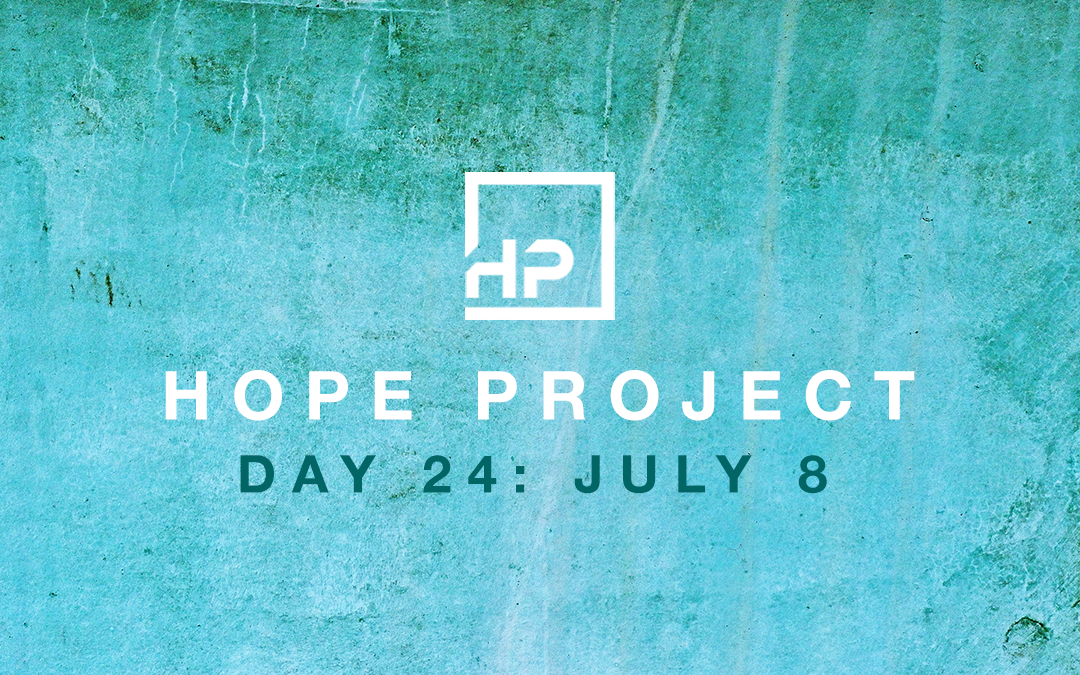 1 Peter 3:13-15(NLT) “But do this in a gentle and respectful way. Keep your conscience clear. Then if people speak against you, they will be ashamed when they see what a good life you live because you belong to Christ. Remember, it is better to suffer for doing good, if that is what God wants, than to suffer for doing wrong! ”

I’m a better man when I’m with Stacie. I’m more thoughtful and kind when she is in the room. Our team really loves when she attends our meetings. I have other friends who bring out a funny side of my personality, other friends I love to dream with, some friends help me be more courageous, and others who help me think with more wisdom.

Imagine what it would have been like to walk in the physical presence of Jesus. A moment in His presence was enough to change a person’s whole life. Simon of Cyrene was profoundly impacted by a brief interaction with Jesus. One day as he was walking into Jerusalem, he noticed a Nazarene being beaten on His way to Golgotha for His crucifixion. Soldiers ordered Simon to carry the cross (Mark 15:21).

We don’t know how long this interaction took, but we do know it impacted Simon so much that his sons, Alexander and Rufus, later became followers of Jesus. The journey under the cross with Jesus changed Simon. Peter tells this story to Mark as he pens this gospel account.

Let’s just camp here for a few moments. Beaten, bloody, bruised, crowned with thorns. Spit on and mocked. What was Jesus doing on His way to His last breath? He was whispering hope to Simon. Soldiers drive stakes into His hands and feet, yet when He is lifted up, He leads one of His fellow prisoners to salvation and asks the Father to forgive the soldiers for their ignorance. And if that’s not enough, He also appoints someone to take care of His mom.

No wonder the soldiers said, “Surely He was the Son of God.”

Jesus’ life of devotion, power, and unconditional love provides the backdrop for Peter’s life of influence. Peter’s model for a “gentle and respectful” approach to evangelism was King Jesus. Jesus held children on his lap, restored prostitutes, hung out with sinners and tax collectors, and dealt with His enemies with so much grace.

He lived in such a way that those who spoke against Him would eventually be ashamed. He was willing to suffer for doing good. This was the Master’s approach to reaching the unreached.

Hey, if you are feeling convicted right now, join the club. I have so far to go. I want to get the last word in. I still like to be understood. I struggle when people think I’m wrong. I still care way too much about people seeing me the right way.

Jesus helped Peter get over that! The consistent transformation of the Holy Spirit in Peter’s life had brought him from brashness to gentleness. As we will see soon, Peter was now willing to suffer.

Sometimes we have to choose if we would rather make a point or if we’d like to make an impact. Jesus said, “I am humble and gentle at heart” (Matt 11:29). His gentleness empowers us to give up arguments and assumptions. We are now called to conversations and friendship with people around us who need to encounter the grace of God.

What’s the best way to convince someone of God’s grace? It’s to live grace.

Ravi Zacharias was an apologist who recently passed away. I still remember listening to one of his books on CD while driving through the Mountains of Thailand on a big bus during the summer of 2003. My heart was in a place of real dependence at the time, mostly because there were several times I thought the bus was going to fly off the mountain.

I remember sitting on that bus with tears streaming down my cheeks as Ravi described his first encounter with the Good News of Jesus. As you can probably tell I’m still moved to my core by this Good News. The longer I follow Jesus, the more I see the disparity of His greatness and my brokenness. At the same time, in my brokenness, I am deeply aware of God’s love for me that has poured into my heart through the Holy Spirit.

This love makes me more gentle and kind. This awareness of grace has helped me to see how often I am wrong and mistaken. If we have received such grace, how can we not be stirred to share this Good News with the world around us. Jesus has changed us in order that we might bring HOPE and LIGHT to our cities!

Let us go with this kindness, honor, gentleness, and love.

Father, I pray that you would help us become like Jesus. Help us be gentle and kind. Help us be willing to suffer if it is your will. Help us be the kind of people who join your mission to seek and save the lost!